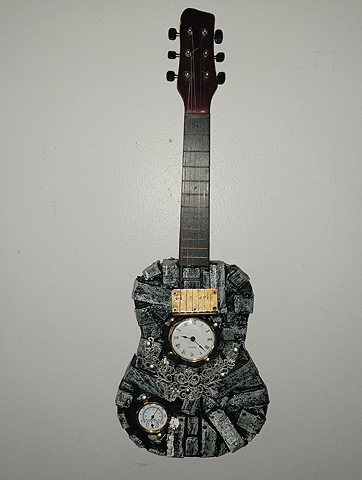 Our world exists in three dimensions; but there is a fourth, non-discursive realm: The Fourth Vortex. I create three dimensional works from salvaged items, especially abandoned musical instruments. I like used things; they capture the energy of those that have handled them before. Musical instruments are especially infused with effort, emotion and creativity and yet they are eventually abandoned. There is an existential message in this as items that once held “meaning” have been allowed to become dilapidated and discarded. The goal of my mixed media sculptures is to initially appear as sound but be revealed as shadows and light as in the instant eternity between lighting and thunder